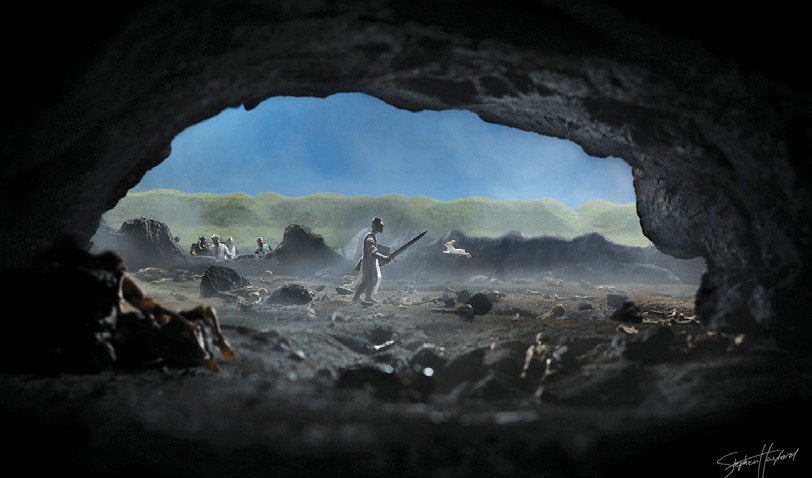 A Monty Python inspired exhibition “Pythonesque” will be on display July 1-29. This piece is by Stephen Hayford. COURTESY PHOTO

Two art exhibitions will open at the Sidney & Berne Davis Art Center during Art Walk on Friday, July 1. “The Age of Titans” will be featured in the downstairs Grand Atrium. Upstairs in the Capital Gallery, a group show exhibit titled “Pythonesque” will explore works inspired by Monty Python. Both galleries are open for viewing July 1-29. Opening night for both exhibitions will be during Art Walk, July 1, from 6-10 p.m. The Sidney & Berne Davis Art Center is located at 2301 First St. in the historic downtown Fort Myers River District. 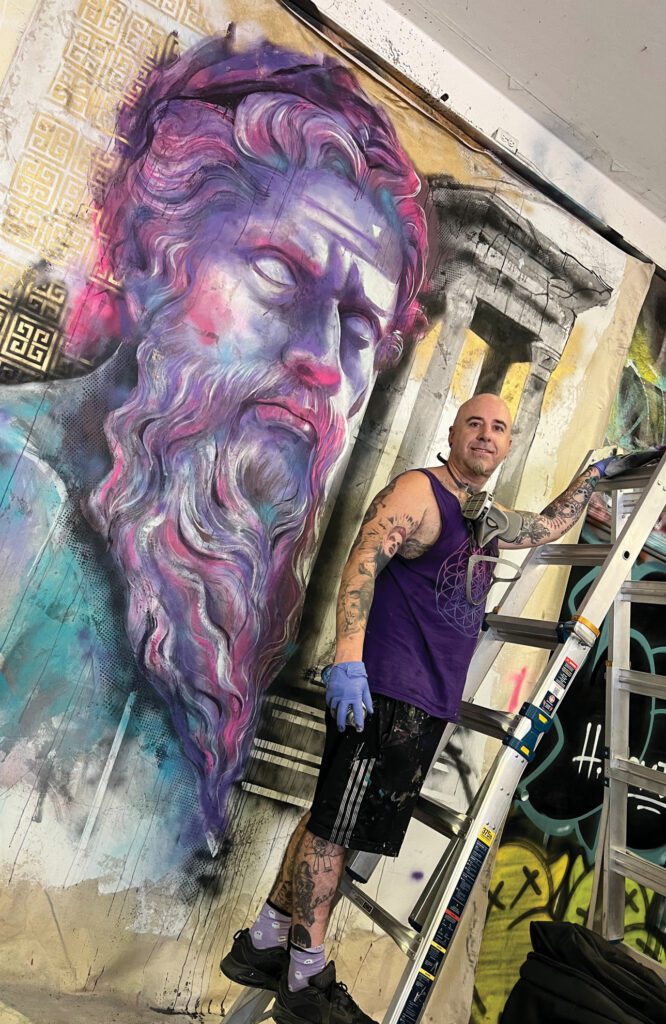 Artist Mully works on a piece for the “Age of Titans” exhibit.

For “Pythonesque,” artists were invited to produce works directly inspired by the very (very, very, very) many quips and punches from Monty Python’s comedies including “Flying Circus,” “The Holy Grail,” “The Life of Brian,” “The Meaning of Life” and more. This most iconic and influential comedy series debuted over 50 years ago and continues to inspire the arts, music and film media to this day. Surrealism, stream-of-consciousness and absolute absurdity are celebrated in this exhibition. Artists and guests may “silly walk” their way through the gallery. Fine art featuring man-eating rabbits, the blessed cheesemakers, Knights who say NI, and men dressed as women dressed as men may adorn the walls. And above all, “Pythonesque” offers the community an opportunity to celebrate the true meaning of life (which is nothing very special, really)! 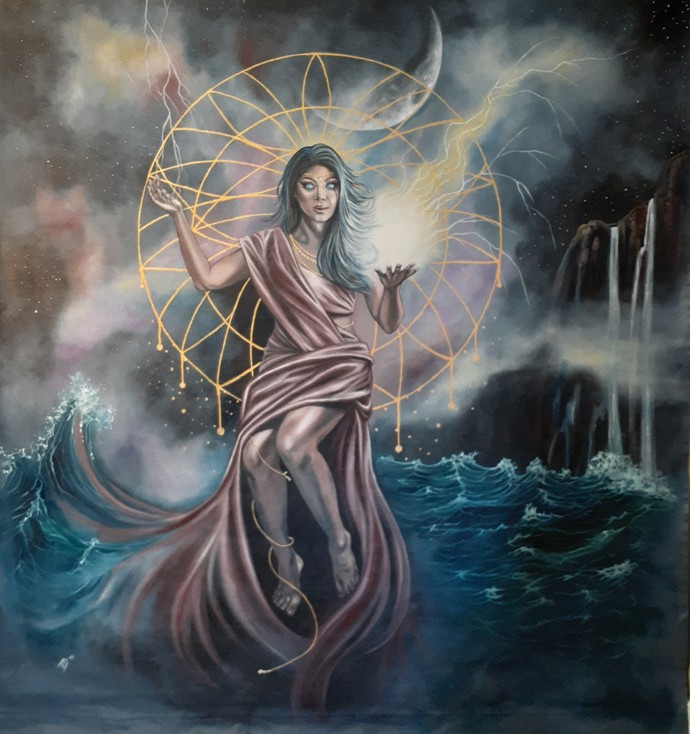 Adding to the enjoyment at Art Walk on July 1, the music of DJ Dream Jay will be featured on the rooftop at Sidney’s Rooftop Sculpture Garden. The Sidney & Berne Davis Art Center invites the public to come enjoy two art shows, listen to music and dance the night away. Friday nights atop Sidney’s are fun for everyone with a panoramic 360-degree view of the city and the sunset over the Caloosahatchee River. ¦ 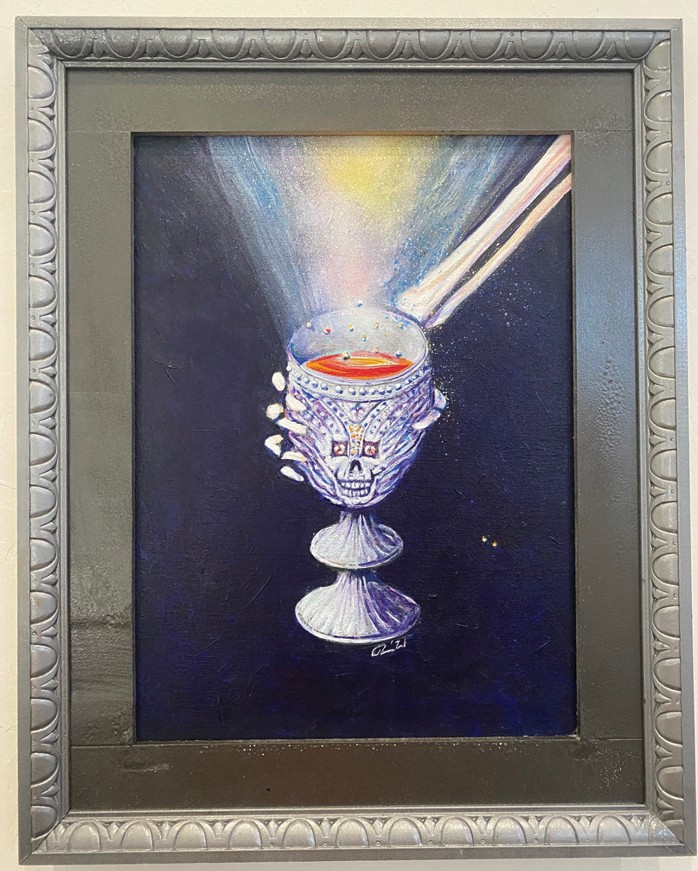 A “Pythonesque” piece by Robert Allen.