Stage It! Ten-Minute Play Festival coming to Centers for the Arts 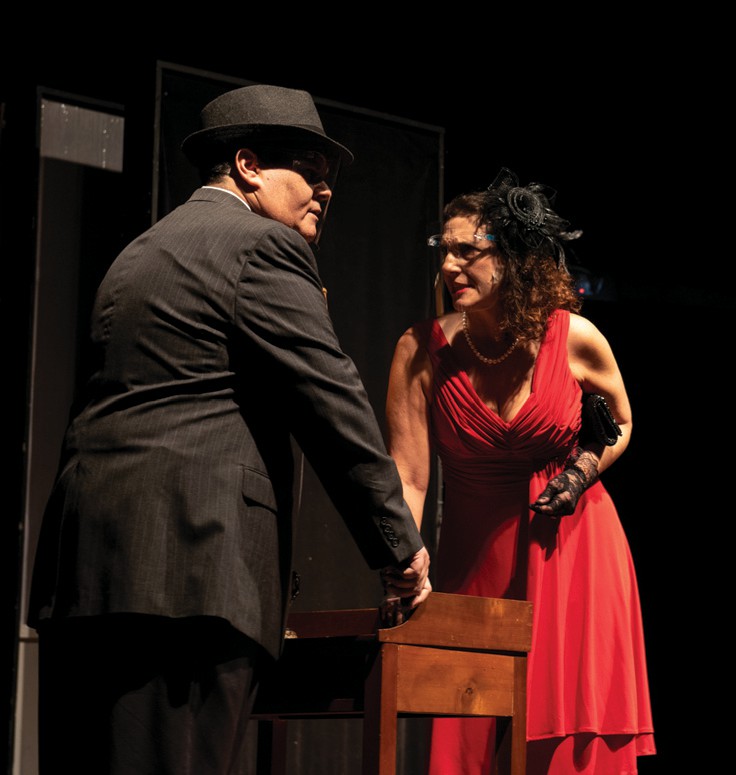 The Fifth Annual Stage It! Ten-Minute Play Festival will be held May 14-16 at the Performing Arts Center, Moe Auditorium & Film Center, 10150 Bonita Beach Road. All tickets $25.

There were 372 short plays entered in this year’s competition from 38 states and 8 countries. There are 20 winning plays that will be published in Volume 5 of the Stage It! Ten-Minute Plays series. The book release will coincide with the festival — copies will be available for purchase during the event or from online retailers. This year’s winning playwrights hail from around the globe, from Florida to New York and across the nation to California, plus the countries of Iran and Japan. The Stage It! Festival will feature 10 of the winning plays, which will be performed throughout the weekend.

During the Stage It! Festival, eight directors utilizing local talent will present plays of varying styles including comedy, historical, drama, farce, existential and noir. Subjects involve divorce, the right to vote, death, stardom, self-discovery and drunken shenanigans. After the performances, actors, directors and attending playwrights are available for a brief talkback. 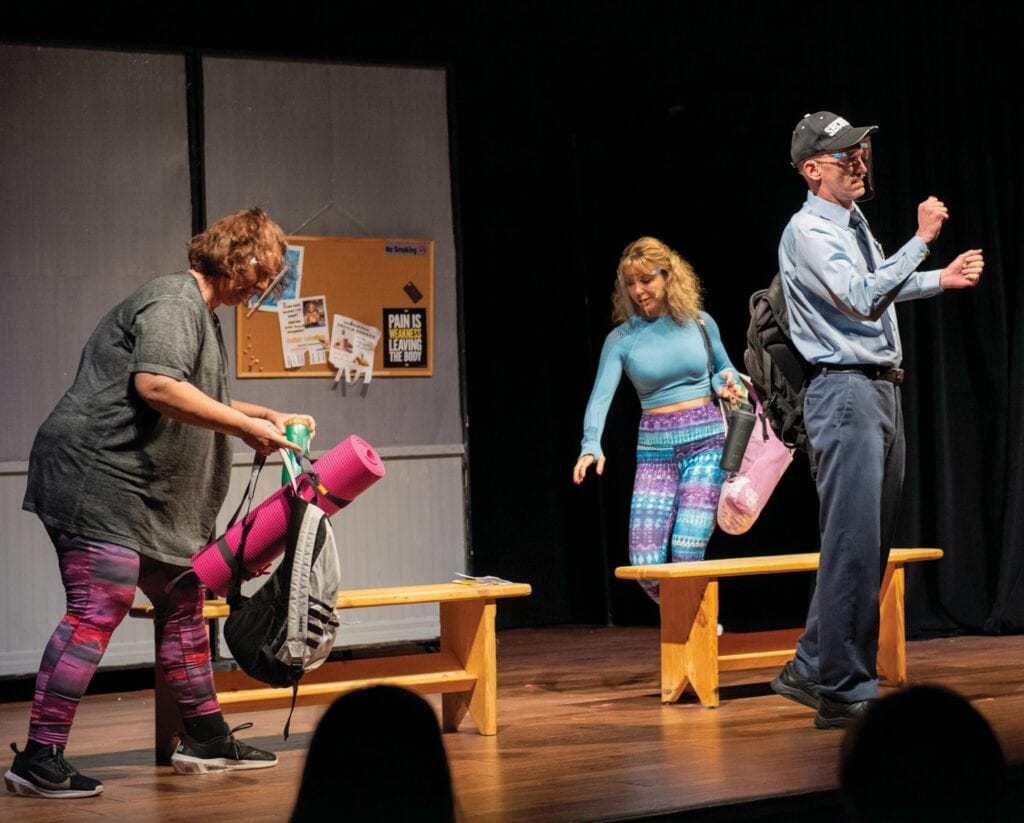 Actors perform a scene from “Locker 142” by W. L. Newkirk of Celebration, Florida during the 2020 Stage It! Ten-Minute Play Festival. The play was a finalist. COURTESY PHOTO

The audiences get their say in the Stage It! Festival’s outcome by voting for their favorites. The playwright who’s work receives the most votes will win the honor of being “Audience Favorite,” which will be announced during the talkback after the final performance on May 16.

* Denotes the plays that will be performed during the Stage It! Festival weekend.

Selections of the winning plays not performed during the festival are slated for presentation during the Centers for the Arts Bonita Springs 2021-22 season.

“A Hostile Takeover in Battery Park*” by Jim Lunsford of Valley Village, CA

“A Hot Brick*” by Uma Incrocci of Reseda, CA

“Always a Bridesmaid” by Stephanie Bok of Brooklyn, NY

“Forget the Lillies*” by Dawn Wilson of Wilmington, NC

“Goodnight I Love You*” by Aladen Gulmohamad of NY, NY

“In Farce*” by Steven Bucko of Lithia, FL

“On Queue*” by Morey Norkin of Ogi-Shi, Saga, Japan

“The Harmonica in Your Closet” by Shelley Segal of Greensboro, NC

“The Next Ivan Sheransky*” by Jim Geoghan of Los Angeles, CA

“The Third Person*” by Dan Borengasser of Springdale, AR

“The Tongues of Plastered Macbeth*” by Daniel Tobias of NY, NY

“Until We Meet Again” by Frank Shima of Venice, FL

The 372 entries from 38 states and 8 countries were read and adjudicated twice, by professionals in the theater industry. Directors are Frank Blocker, Shaun Cott, Brianna Rodriguez Day, Gary Obeldobel, Toni Palumbo, Anne Reed, Leslie Sanderson, and Marlene Strollo who also acts as stage manager for the production with assistance from Rita Meehan.

Founded in 1959, the Centers for the Arts Bonita Springs is committed to enriching the lives of the community by providing opportunities for artistic expression, education and appreciation. CFABS is comprised to two campuses — each dedicated to the visual or performing arts. The Visual Arts Center, 26100 Old 41 Road, is comprised of multiple fine art galleries and fully equipped art studios, a gift shop, library and beautiful sculpture gardens. A variety of classes are offered at this center, including painting, drawing, clay, sculpture and more. The Performing Arts Center, 10150 Bonita Beach Road, is home to the 400-seat Hinman Auditorium and the 200-seat Moe Auditorium & Film Center. www.artcenterbonita.org ¦