It was with great sadness that I recently learned that George Willson, formerly with The Nature Conservancy, died of cancer on July 30. Many in the Naples area today are not aware of George’s tireless efforts 30 years ago, working to successfully preserve Keewaydin Island.

Today, a boater can cruise along the nine-mile stretch of Keewaydin Island’s pristine beaches, seeking their own private refuge for the day. Keewaydin is one of the largest remaining unbridged barrier islands in the U.S., providing critical nesting grounds for hundreds of endangered sea turtles and shorebirds every year. With 90% of the island preserved and managed as part of the Rookery Bay Reserve, the Island receives thousands of visitors annually. None of this would have happened without George.

Thirty years ago, a legal battle raged over the future of the island. On one side, a private developer, who had convinced the island’s new owners that his plan for 72 homes represented the best use of the island. On the other, local environmental advocacy groups and the city taking the proposed plan to court to try to stop what was seen as another land grab. There was no middle ground in this unending epic fight, costing millions in legal fees. 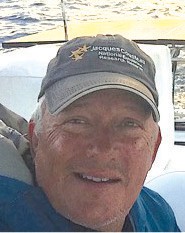 In 1990, two key things happened that changed the outcome of the story. First, the Florida Legislature passed Preservation 2000, a landmark land acquisition program that generated $300 million a year for the purchase of environmentally sensitive lands in Florida. It was, by far, the largest program of its kind in the nation. And second, George Willson from the Florida Chapter of The Nature Conservancy entered the picture.

We organized a public meeting in Naples for the council tasked with ranking competing land preservation projects. Prodevelopment supporters showed up, wearing “Rookery Bay” stickers with a red slash across it. Many more citizens, however, showed up to demonstrate their support to preserve lands such as Keewaydin Island. I remember Mark Benedict, the new CEO of the Conservancy of Southwest Florida, speaking with eloquence about the need to preserve the Island.

The council agreed, and Rookery Bay was ranked among the top ten projects out of more than 100 in Florida. Council members made it clear that continued support for funding was contingent on acquiring the crown jewel of Keewaydin. If we could negotiate a successful deal to purchase the island, then we could anticipate continued funding for the rest of the Rookery Bay project.

The challenge before us: The state had already tried and failed to purchase the island. The failure was due to the state’s inability to secure sufficient funds within one fiscal year; this was before Preservation 2000. The owners would have had to rely on faith that the Legislature would approve the total purchase over two consecutive years, and no one would take that deal. The original owners then sold the island to the Dracketts. Having heard the story of the failed offer from the state, the Dracketts had no faith in the government’s ability to make a reasonable offer. Add to this, the legal battle over the planned development had everyone fully entrenched in their positions. To pull this off, we would have to find a way to satisfy everyone.

Enter George Willson. George served as Florida’s director of land acquisition for The Nature Conservancy, a national nonprofit environmental organization. George had a well-deserved reputation for successfully working with private and public interests, preserving key environmental lands. The new owners would not meet with the state, but were willing to listen to George. George was a master at listening carefully to what people wanted to achieve, and then finding a path forward that would work for everyone. He had an easy smile and a laugh that instantly put people at ease. He was always focused on the end goal.

It was not an easy task. The distance between the new owners, the organizations involved in court, and the state seemed insurmountable. But slowly, and with great perseverance, George was able to turn the corner with all parties, building the needed trust and understanding to hammer out a complex deal.

The $13.7 million agreement would preserve 2,700 acres of Keewaydin Island, compensate the Dracketts for their investment, and resolve the legal issues with the city and advocacy groups. The negotiations took three years to complete. George asked me to educate all parties to increase their understanding of the Rookery Bay Reserve, while developing a plan for managing the island. George worked with us every step of the way. I learned a great deal from him about negotiating for a successful outcome, in spite of potential disagreements.

In 1993, we celebrated the governor and Cabinet’s approval of the controversial landmark deal that George had crafted. Bolton Drackett became an enthusiastic friend of Rookery Bay, ultimately donating funds to help construct our new administrative headquarters.

In turn, following the successful Keewaydin purchase, we were able to acquire nearly 17,000 additional acres for Rookery Bay Reserve from willing sellers, an investment of $57 million in Preservation 2000 funds over 10 years.

And it all started with George Willson. He was a great friend and mentor. More importantly, George stepped up when we needed him, bringing many people together to accomplish something that we can all be proud of.