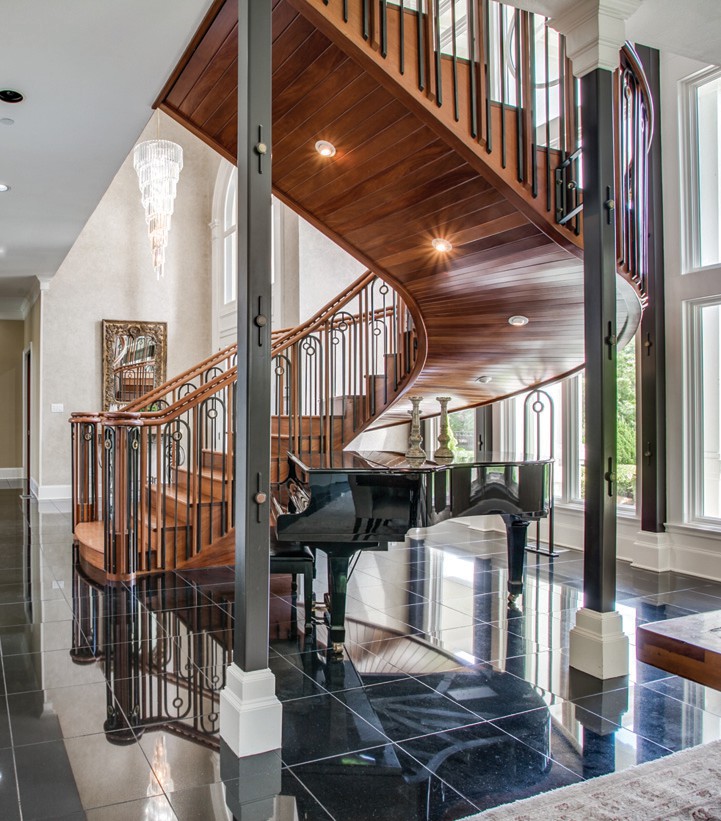 The foyer makes a dramatic entry statement with its custom-made winding staircase and enough foom for a grand piano. COURTESY PHOTOS

Professional football fans have an added incentive to buy this Dallas estate: Purchase comes with a dinner date with NFL Hall of Famer, longtime Dallas Cowboys player and “Dancing with the Stars” winner Emmitt Smith. And he has priced his home in honor of his former Cowboys #22, listing the property for $2.2 million.

Many experts consider Mr. Smith to be the best running back in NFL history. He played for Dallas from 1990 to 2002 and then two seasons in Arizona. Three days before the 2005 Super Bowl, he announced his retirement and signed a new contract with the Dallas Cowboys. He retired one day afterward so he could leave the NFL with the team he spent almost his entire career. He was inducted into both the College Football Hall of Fame and the NFL Hall of Fame.

Built for Mr. Smith in 1995, the 10,806-square-foot home is next door to a large wooded park and lake with private access. Family and guests enter through a gated drive and, should there be inclement weather, can exit their car under a portico. The two-story foyer, with a suspended staircase custom made of wood and wrought iron, is large enough to allow a grand piano. Throughout the house, all rooms are Texas big, including the five bedrooms, nine baths, cook’s kitchen, two offices, two living rooms, two master suites (one on the main level and one upstairs), a media room with theater seating for 11, and a game room. Outside is a pool/spa and covered kitchen and dining area. There is also a whole-house generator. Furnishings are negotiable. 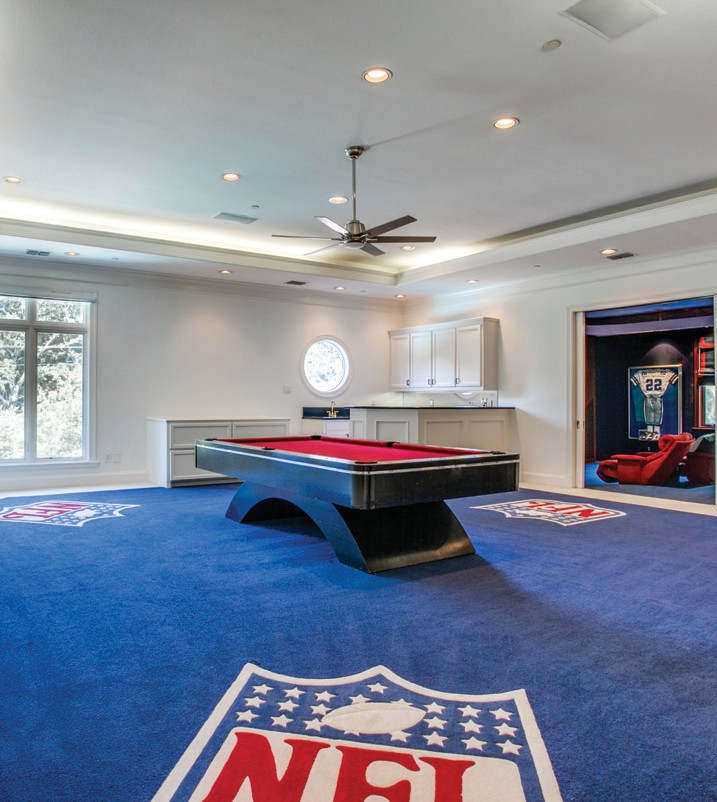 The game room is just one room in the house that has a nod to professional football. 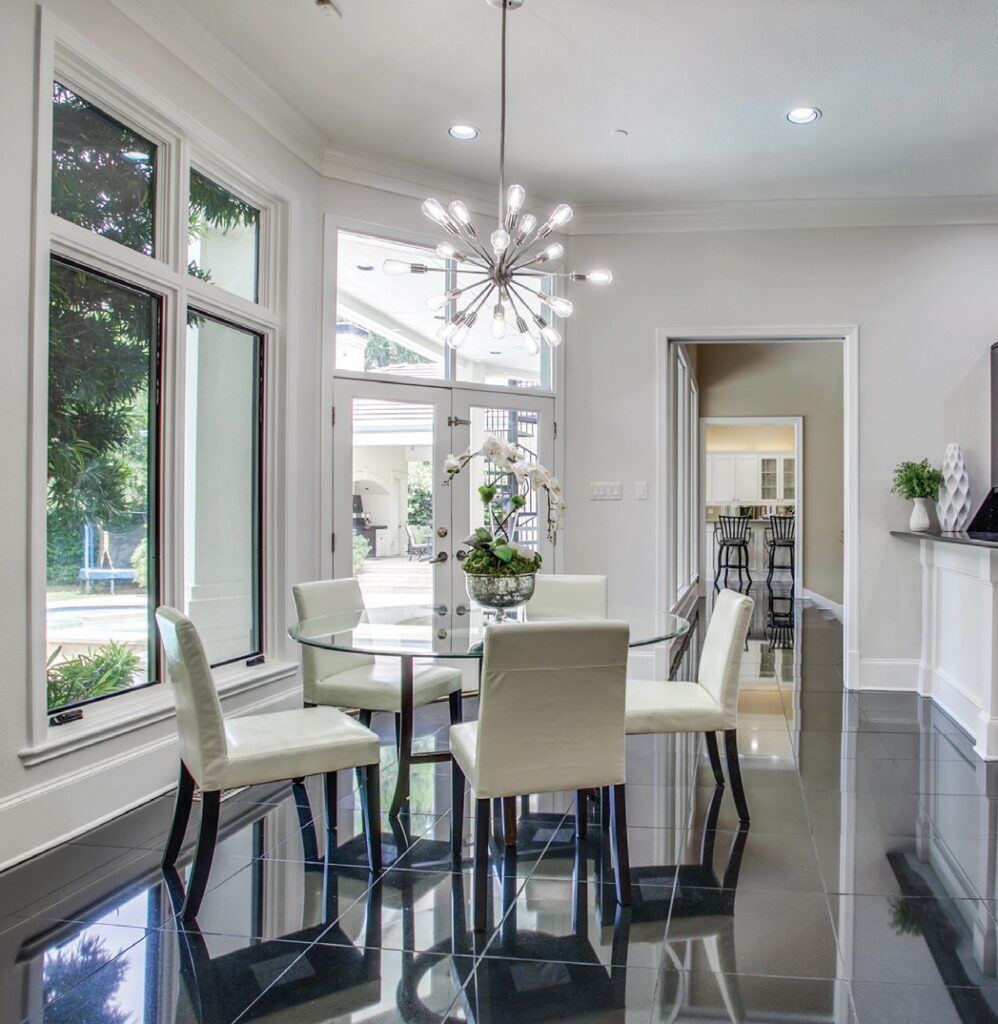 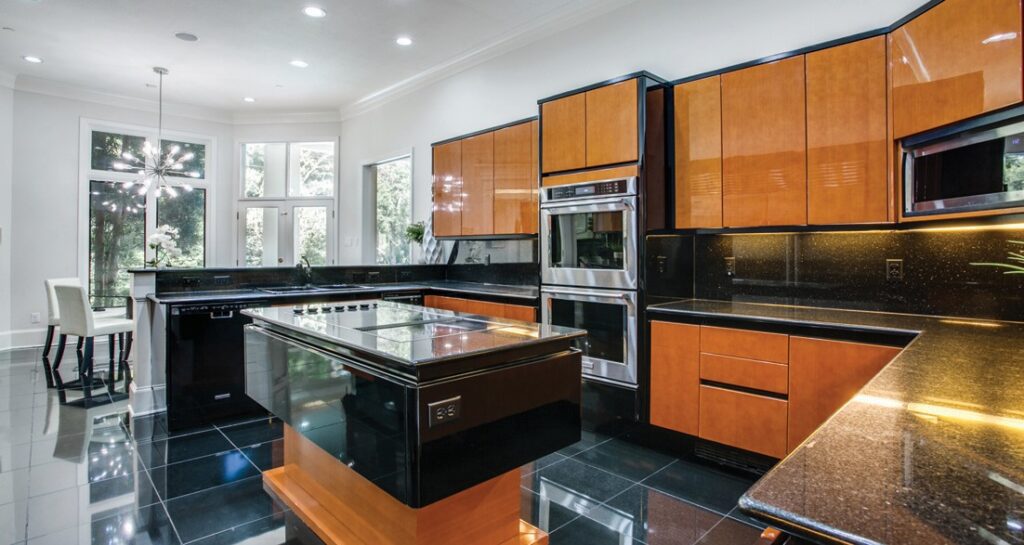 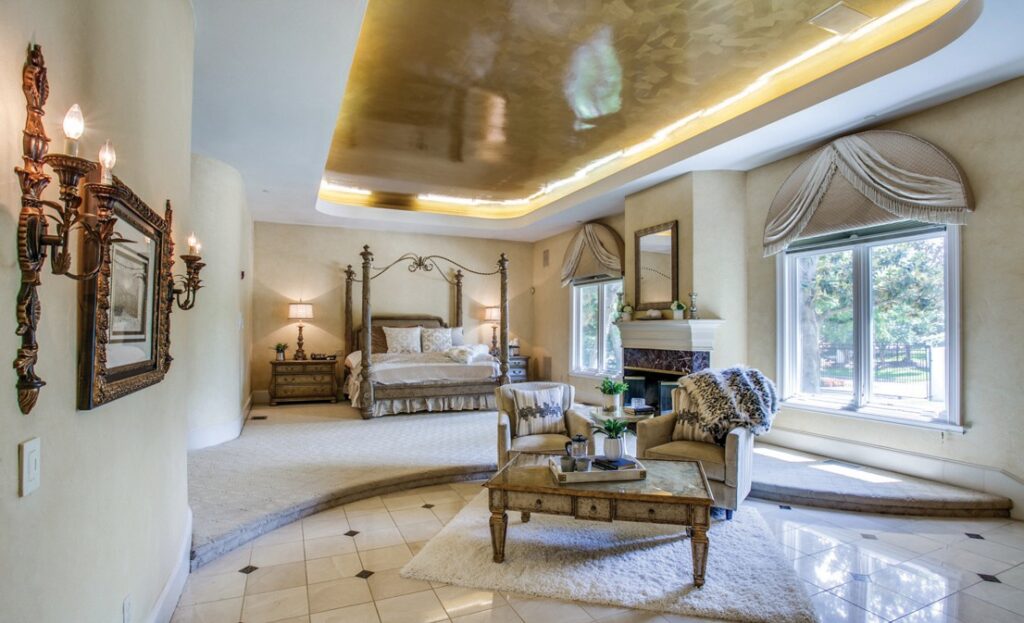 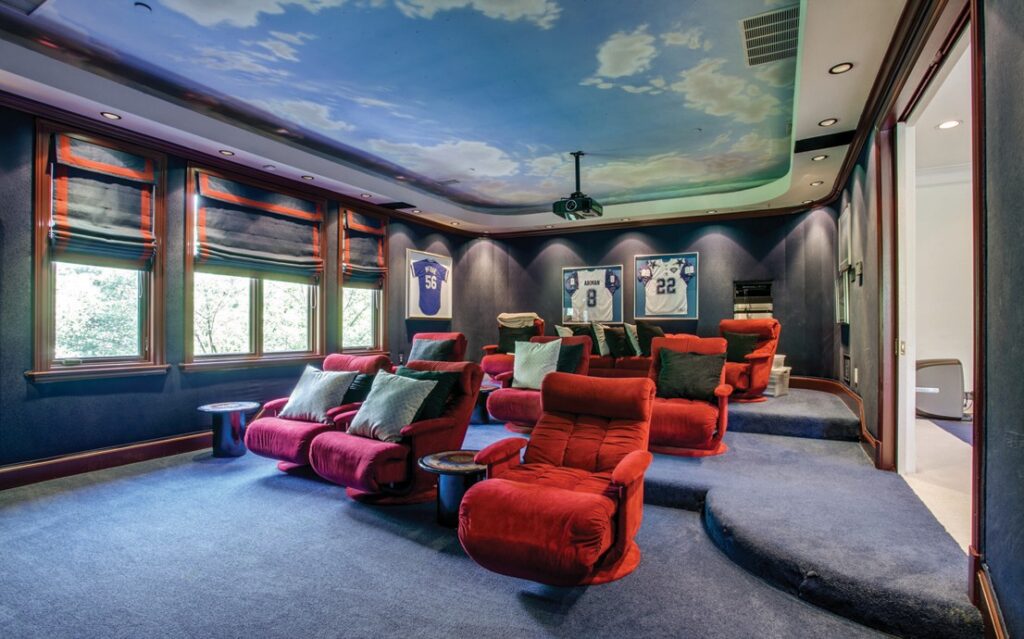 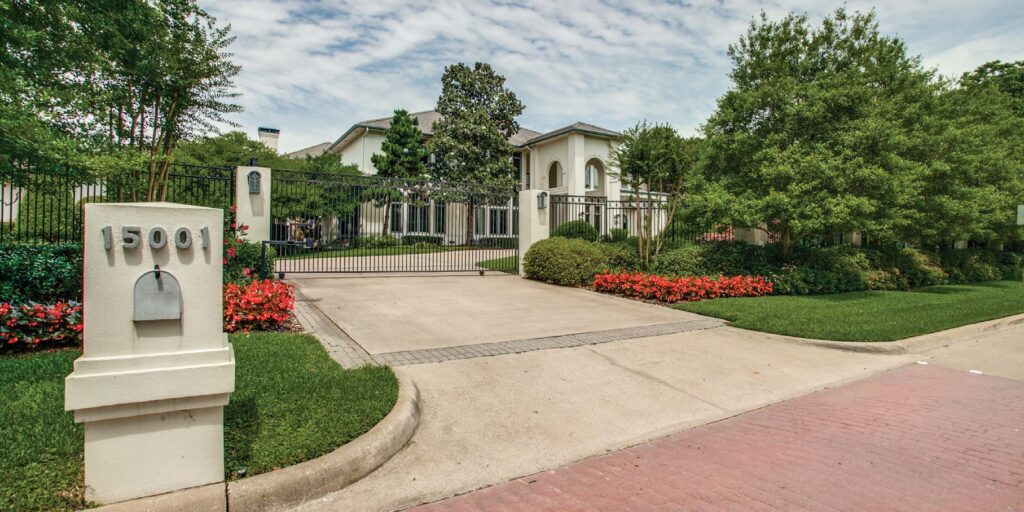