Halftime Report: Scores of local restaurants open in first half of 2022 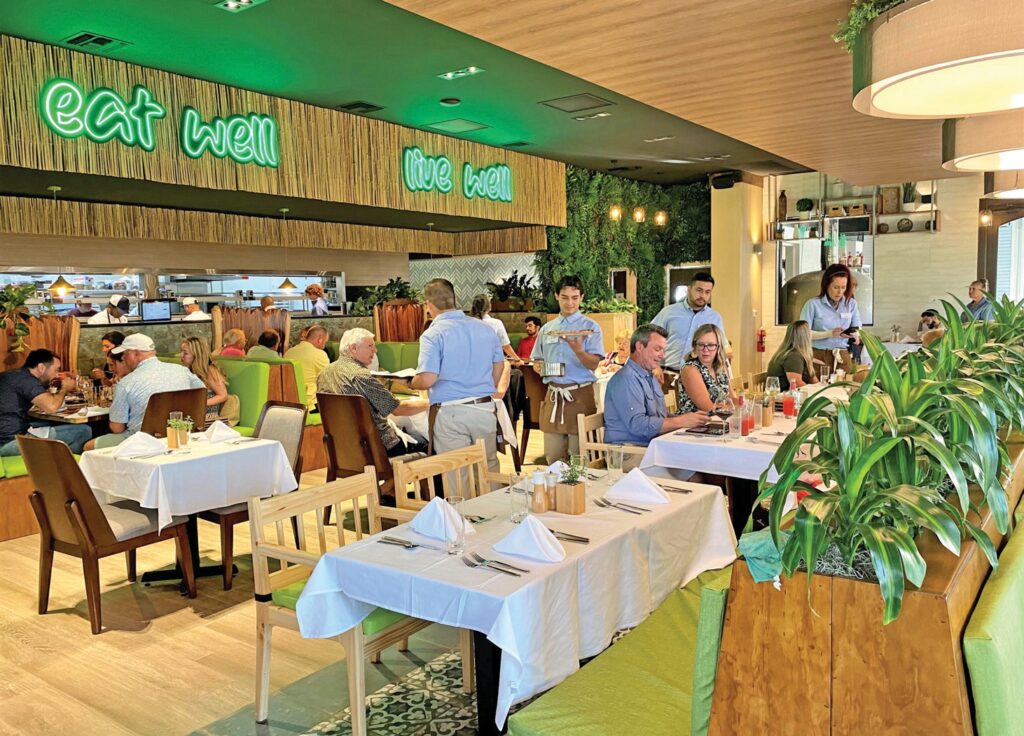 It’s almost time to celebrate Independence Day, which means it’s time for my annual halftime report, looking back at area restaurants that opened so far this year. Here’s a quick recap of the local venues that launched during the first six months of 2022.

Beating the buzzer this week are two major venues that opened during the final days of the first half. We knew they were coming because they were supposed to have opened late last year but it’s surprisingly uncommon nowadays for restaurants to open as initially planned. Chalk it up to permitting problems, staffing stagnation and supply chain chinks. Just focus on the fact that they’re finally open.

The last day of the first half is scheduled to be the first day for Sea Monkey Tavern & Grill in the Shoppes at Dockside in Old Naples. Massimo “Max” Puglielli, who has served authentic food from his native Italy for more than five years at his nearby Mino, is slowing things down a bit with an island vibe at his new Sea Monkey, which is opening at 1100 6th Ave. S. in the rustic space vacated by the original Parrot Bar & Grill. 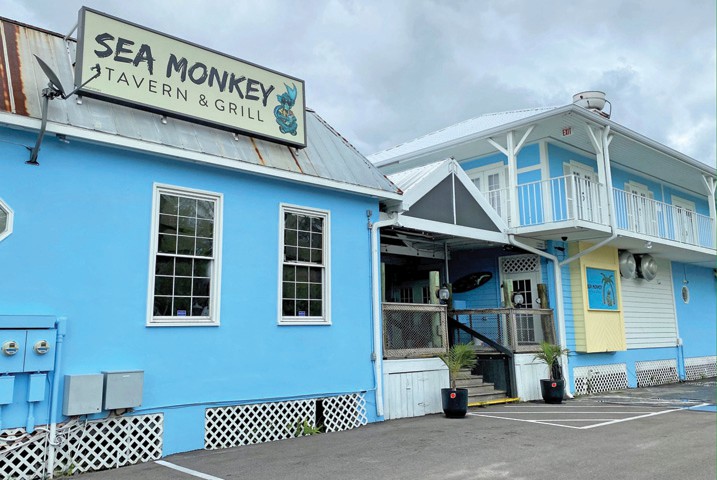 Sea Monkey Tavern & Grill was set to open on the last day of June in the Shoppes at Dockside in Old Naples. TIM ATEN / FLORIDA WEEKLY

Meanwhile, off U.S. 41 near the border of Collier and Lee counties, legendary restaurateur Sal Sinzieri is solely focusing his attention on a new Italian dining spot that is sure to top many local lists. Mr. Sinzieri, the originator of MiraMare, Fish and Bice in Naples, is back with MareTerra Ristorante, which opened June 27 at 28340 Trails Edge Blvd. in Bonita Springs. He completely transformed and modernized a longtime Italian restaurant space that most recently was the acclaimed Palladio Trattoria.

Many notable dining spots opened in the year’s first half. Here are 10 to check out. 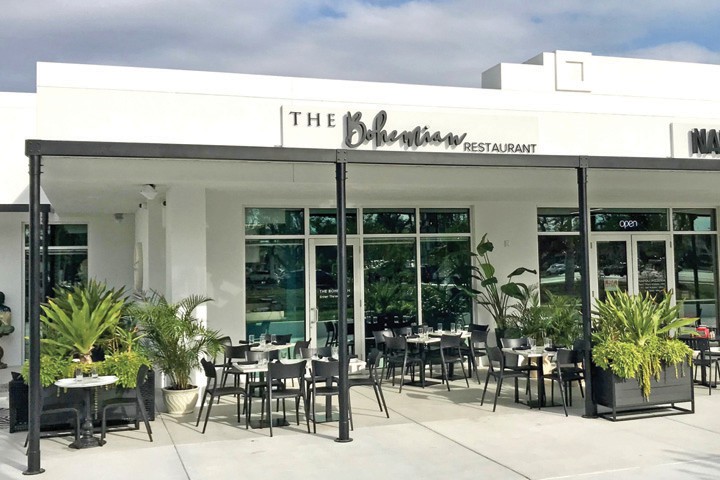 In May, Le Martinique French Cuisine & Bakery finally opened on U.S. 41 in Naples and Carole’s House Café came to St. Andrews Square in East Naples. In June, Ichi Togarashi opened on the corner of Fifth Avenue South and Eighth Street South in Naples, La Bella Apulia Gourmet Market & Apericena arrived in the Shoppes at Dockside in Naples, and Food and Thought 2 introduced its all-organic restaurant at Fountain Park off Airport-Pulling Road in North Naples.

Other restaurants changed more than names as they morphed into new concepts near the start of the year. In January, Beef O’Brady’s at Grande Oak Shoppes in Estero became The Pickled Onion Bar & Grill, the former Matzaluna on Sanibel became Tutti Pazzi Italian Kitchen, the longtime Sonny’s BBQ became Mitchell’s Bar-B-Q , and Eat Smart locations in East Naples and Fort Myers both switched to Lobster Rolls #1. 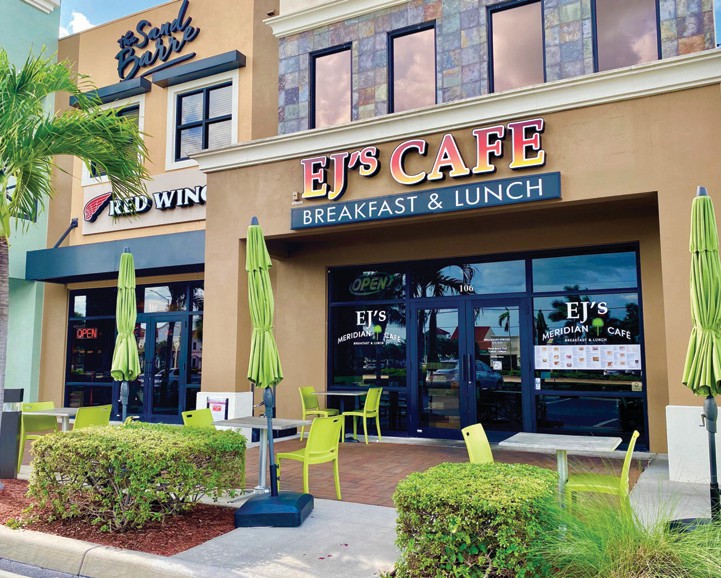 In May, EJ’s Meridian Cafe opened in the former space of Meridian Café, which closed in January. TIM ATEN / FLORIDA WEEKLY

A few local restaurateurs doubled up and opened two eateries during the first half of the year. Tony Brito, who already was operating a half dozen area locations of Napoli on the Bay Pizza, launched new places for the popular local pizzeria in Naples Park in January and at Entrada in Bonita Springs in February.

After launching a mobile location in the food court at the Naples mall in December, Breno Donatti opened two more locations of Winfield Sandwich Shoppe on U.S. 41 in April and May in Naples and North Naples. Already operating Fuji and Araya in North Naples, Jon and On Augsondthung opened Yoko-San Ramen in January and Fuji Sushi Bar & Asian Bistro in The Pointe at Founders Square in April. 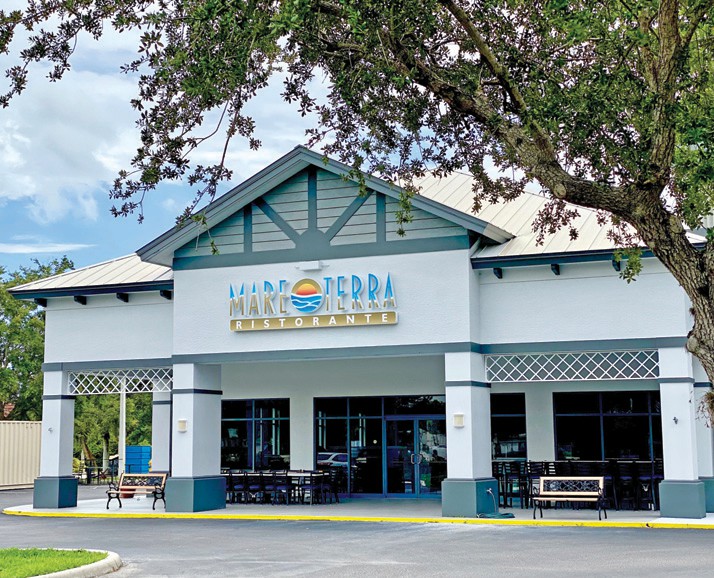 A smorgasbord of eateries opened this year at the major mixed-use retail centers in the region.

Gulf Coast Town Center added The Library Pizza & Pub at the former spot of Aurelio’s in February and Koto Grill Sushi & Hibachi at Burger 21’s old unit in May. At Mercato in North Naples, The 239 Naples and Zza Baby Pizza Bar recently launched. 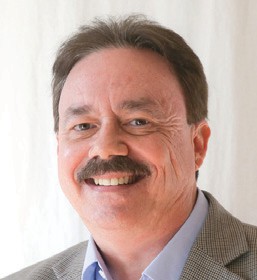 Half of the planned restaurants in The Pointe at Founders Square opened this year on the corner of Immokalee Road and Collier Boulevard, while the rest are still coming this summer. Now open are Fuji Sushi Bar & Asian Bistro, I Heart Mac & Cheese, Skillets and Tacos & Tequila Cantina.

Although folks are particular about their personal pizza choices, there are always new pizzerias to choose from. In addition to The Library, Napoli and Zza Baby, a handful of other pizza places recently opened in the area.

Zeppe’s Tavern, while known for its pizza, is really much more than a pizzeria. It started rockin’ on June 1 at Wiggins Pass Road and U.S. 1 in North Naples.

Fans greatly anticipated new locations of Chick-fil-A at Addison Place on Immokalee Road in North Naples and Popeyes on U.S. 41 in Bonita Springs that opened in February and March, respectively, but introductions may have been necessary for some new franchises here.

Aussie Grill came to Cleveland Avenue in south Fort Myers in February, I Heart Mac & Cheese to The Pointe at Founders Square in March, Mystic Lobster Roll Co. to the Shoppes at Vanderbilt in April and Clean Juice opened an Estero location in May.

Additional venues opening this year so far in Collier County include Fresh Bowl Kitchen at Meridian Marketplace in North Naples, Tony’s N.Y. Pizza in the Shops of Marco on Marco Island, Fusion Bowlz on U.S. 41 in North Naples, The Sen Asian Noodle Bar at Restaurant Row in East Naples, Macanudo Mate at Bed Bath & Beyond Plaza in North Naples, Brookside Market on Davis Boulevard in East Naples, Antojitos Y Mas at Everglades Square in Golden Gate Estates and Royal Scoop at Vanderbilt Commons in North Naples. Havana Café, which has changed ownership a few times since 2005, was recently reimagined by new owners as Havanna Café in Chokoloskee.

For positive-thinking foodies, the year is only half full. The second course undoubtedly will be just as grand as the first. A lot of new restaurants are prepping for opening day.