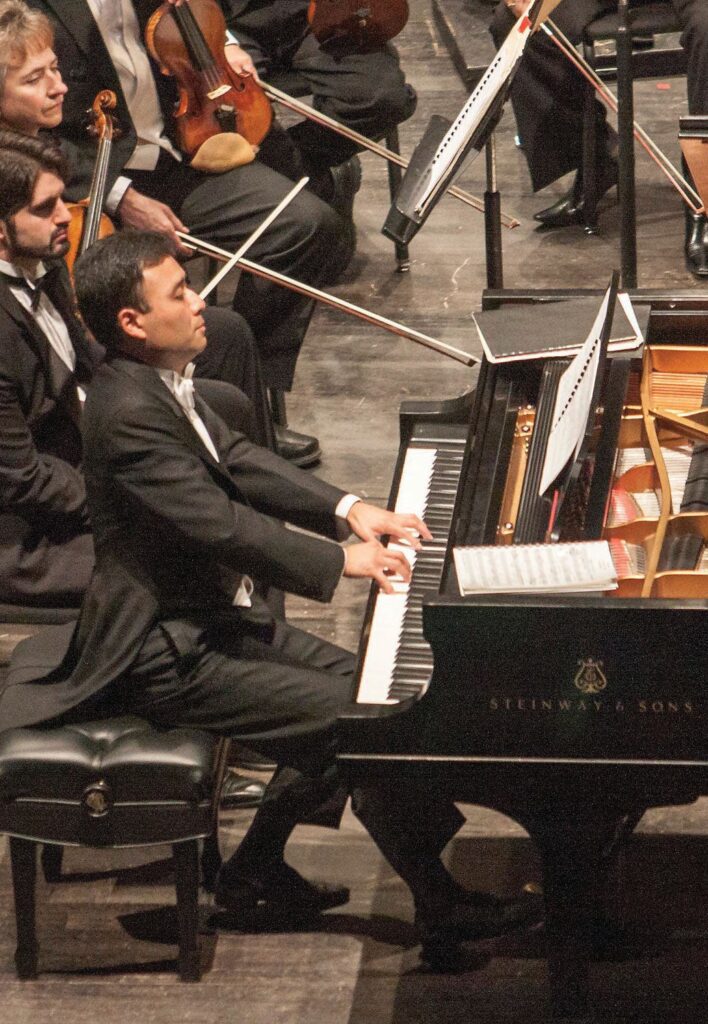 This season, the Grand Piano Series namesake instrument is sharing the spotlight — first, with a rare combination of clarinet, violin and piano in the expert hands of the Manasse/Frautschi/ Nakamatsu Trio. The Manasse/ Nakamatsu Duo already pairs two of America’s most distinguished artists: charismatic clarinetist Jon Manasse and eloquent pianist Jon Nakamatsu. Soon the three join forces in Bonita Springs, in a lively virtuosic program where all will star and regroup in different combinations.

The Manasse/Frautschi/Nakamatsu Trio will perform at 7:30 p.m. Wednesday, March 9, in the auditorium of St. Leo the Great Catholic Church, 28290 Beaumont Road, Bonita Springs.

After receiving private piano lessons from the age of six, California native Nakamatsu earned undergraduate and graduate degrees in German Studies and secondary education from Stanford University. He later admitted it was a fallback career move, in case music didn’t work out.

His life changed when, after failing to get into the competition four years earlier, he won gold in the 1997 Tenth Van Cliburn International Piano Competition — the first American to do so since 1981. Then teaching high school German, Nakamatsu had his whole class in attendance, but he wouldn’t be their teacher for long. 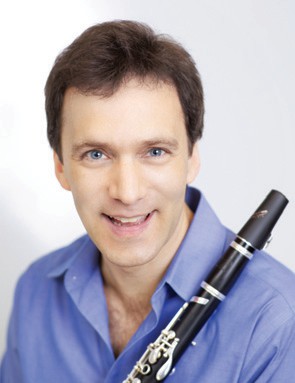 “Overnight, my life was different,” he said.

Now in his third decade of nearly nonstop worldwide touring, Nakamatsu continues to draw praise as a true aristocrat of the keyboard, whose playing combines elegance, clarity and electrifying power. Also winner of the U.S. National Chopin Piano Competition, he has worked with many chamber ensembles, including the Brentano and Tokyo, and has toured with the Berlin Philharmonic Wind Quintet.

Jon Manasse’s résumé might not be as unconventional, but it is equally stellar. He won top prize in the International Competition for Clarinet in Munich and was the youngest winner of the International Clarinet Society Competition. In 2007, he joined the faculty of his alma mater, The Juilliard School, and has taught at the Eastman School since 1995. 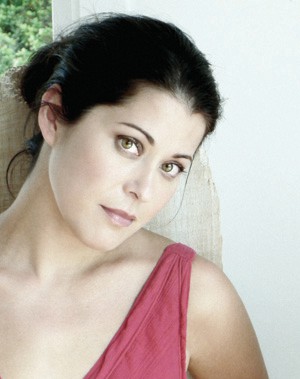 An avid chamber musician, Manasse has appeared with violinist Joshua Bell, The Amadeus Trio and the Orion and Shanghai String quartets. He is principal clarinetist for the American Ballet Theater Orchestra and the Mostly Mozart Festival Orchestra.

Now known as “the two Jons,” the pair knew each other but hadn’t played together until their mutual manager suggested it in 2004.

“I had a little trepidation because he’s the great Jon Nakamatsu of Van Cliburn stardom,” Manasse said in an interview. “But when we first met, that’s where we felt this connection and this magic.”

The New York Times chose their 2008 recording of the Brahms Clarinet Sonatas as one of its top releases of the year, writing: “Mr. Nakamatsu’s playing is as meltingly beautiful as Mr. Manasse’s.”

Described by Fred Child of American Public Media as “two musicians operating with a single musical mind,” the duo tours widely and has since 2006 served as artistic directors of the Cape Cod Chamber Music Festival.

Joining them in their Grand Piano Series debut is two-time Grammy nominee and Avery Fisher Career Grant recipient Jennifer Frautschi, who began violin at age 2½, studied at the Colburn School, Harvard and the New England Conservatory of Music, and finished her studies at Juilliard.

Although she studied clarinet to play in her junior high school marching band, Frautschi admitted, “I wasn’t very good,” and willingly yields that seat to old friend and colleague Manasse.

Frautschi instead plays a 300-yearold Stradivarius known as the “ex-Cadiz,” on loan to her from a private foundation.

Cleveland Classical described a recent performance of hers as “a breathtaking conflation of grace and grit, and at times downright ferocious.”

Frautschi first met Manasse and Nakamatsu at the Cape Cod Chamber Music Festival. Again, an insightful manager suggested they all perform together in the series of concerts that COVID postponed until now.

“The idea of our series was to feature this relatively unusual combination of violin, clarinet and piano,” Frautschi said. “It has a pretty small repertoire, so part of our program was determined by the core pieces for that combination. We built the rest of the program around them.”

The Manasse/Frautschi/Nakamatsu Trio will perform on Mar. 9 at 7:30 p.m. in the auditorium of St. Leo the Great Catholic Church, 28290 Beaumont Road, Bonita Springs.