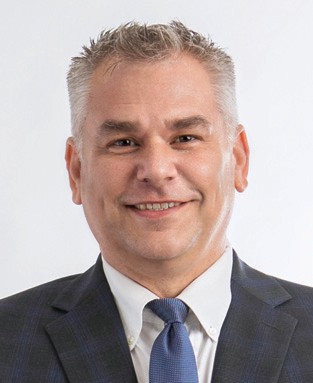 Florida Weekly, publisher of nine newspapers throughout the state, has a new Fort Myers editor.

He replaces Betty Wells, who has moved to the position of managing editor, overseeing all Florida Weekly publications.

Mr. Raddatz is a Southwest Florida resident of more than 22 years. He has been Florida Weekly’s chief designer for the past 14 years. His award-winning news layouts have been displayed in a number of art shows in Southwest Florida. He also has been the community editor for publications in Babcock Ranch, Wellen Park and Ave Maria. Prior to joining Florida Weekly he was the associate art director for Gulfshore Life and was the art director for Tropicalia/page designer at The News-Press. A native of Chicago and a lifelong Cubs fan, he is also the founder and director of the annual Fort Myers Film Festival and weekly contributor at NBC2 in Fort Myers.

“We’re very excited to have someone of Eric’s experience and journalism skills lead our Fort Myers publication,” said Jeffrey Cull, executive editor and co-founder of Florida Weekly. “As a longtime Lee County resident he knows the community well and will use that knowledge to continue the exceptional editorial coverage that Betty has led for the past five years.”

Ms. Wells joined Florida Weekly in 2010 after six years as an editor at The New-Press. She launched the Palm Beach Florida Weekly and was its editor until 2016.

Mr. Raddatz will direct the Fort Myers content and work closely with editors of all the Florida Weekly papers, staff writers, photographers and freelance writers.