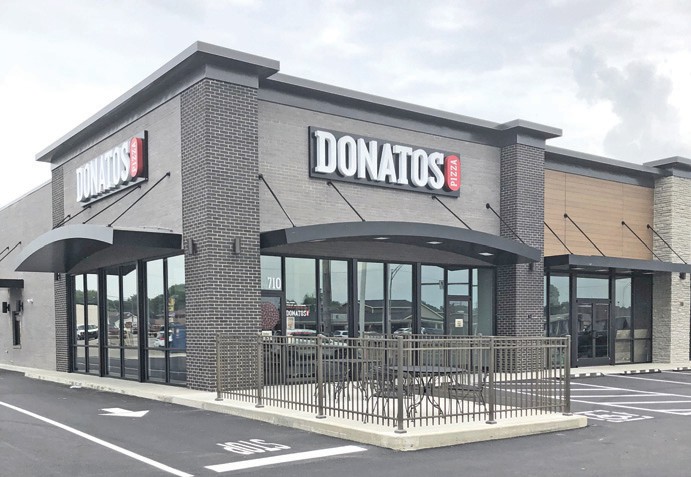 Ohio-based Donatos, which plans multiple locations in both Collier and Lee counties, specializes in Columbus-style pizza with a thin crust cut into squares with toppings to the edge.

Q: Any updates on the new Donatos locations coming to Southwest Florida? Looking forward to it!

Jane Abell, the daughter of Donatos founder Jim Grote, is the company’s owner, executive chairwoman and chief purpose officer. The Columbus resident has personal reasons to be especially excited about the pizzeria chain coming to Southwest Florida.

“My sister and my mom live in Naples- Fort Myers,” she said. “They are so excited to have a little piece of home. I visit there frequently, and our manager of 28 years is going to move there to be the operating partner. His name is Jason Hood, and he is amazing.”

Donatos, known for pizzas with its trademarked “Edge to Edge” toppings, is building out the southern end cap of Kerr Plaza, the retail strip anchored by Limoncello Cucina Italiana on its northern end. The pizzeria will open at 13800 Tamiami Trail N., Suite 114, in part of a subdivided space that used to be a Naples Mattress store, said David Perry, national director of real estate for Terra Realty Group in Punta Gorda. 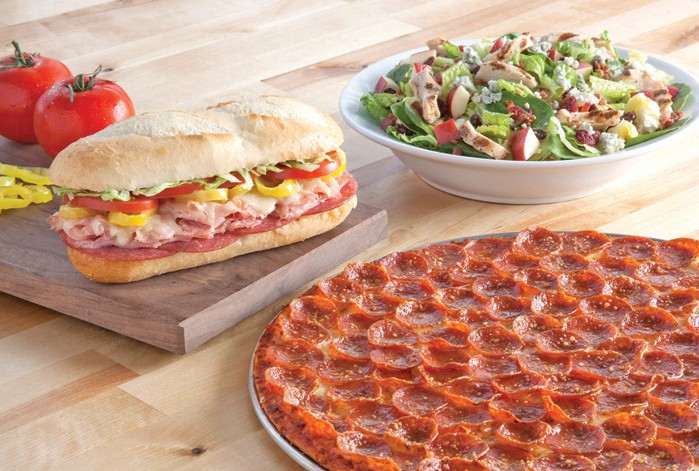 Donatos and its franchise partners operate more than 170 restaurants in 12 states. Multiple franchise groups are planning stores in Southwest Florida because it’s a large territory, said Jeff Baldwin, vice president of development and franchising for Donatos. The pizza chain’s goal to expand in Florida includes a three-store deal in the Fort Myers area with Naples-based Herwig Enterprises. 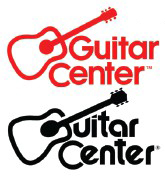 Guitar Center’s logo for decades used a rendering of an angled acoustic guitar to represent the letter G. The chain’s new logo introduced this year includes a G. COURTESY OF GUITAR CENTER

“We are working on the locations in those submarkets. We don’t have a signed lease or a closed property,” Mr. Baldwin said. “We hope to have a location open in Fort Myers in 2022. We’re actively pursuing locations at this time.”

The brand already has three Gulf Coast locations operating in Sarasota and is looking to open as many as five more restaurants from Port Charlotte to Cape Coral, the company reports.

“We continue to see a growing fan base in Southwest Florida, which is exciting because it has allowed us to continue our growth and meet the demands of many loyal customers,” Mr. Baldwin said.

Additional locations are planned in both Collier and Lee counties, especially in Naples, Bonita and Estero, Ms. Blauch-Mitchell said. “We are working on a couple of other locations. They are looking to do a handful, just slow and steady,” she said. “They would do a half dozen stores in Naples if they could.” 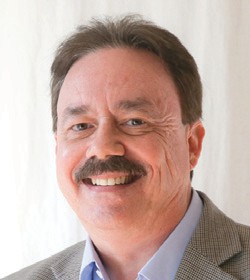 Donatos specializes in what has become known as Columbus-style pizza, characterized by a thin-crust pizza cut into squares with toppings to the edge. The pizzeria boasts 100 pepperoni slices on every pepperoni pie. In addition to 20 signature pizzas, Donatos’ menu includes sub sandwiches, calzones, wings, appetizers, salads and desserts.

Donatos will be the second restaurant to open this year in Kerr Plaza. Winfield Sandwich Shoppe opened in early May in the former retail unit of a Subway sandwich shop.

Q: Do you know when Guitar Center will be opening at Wiggins Pass and 41 in Naples?

A: Guitar Center, a California-based musical instrument retailer chain, is targeted to open a store before the end of the year in Gateway Shoppes at North Bay, said Brett Burgher, executive director of national leasing for Benderson Development, the owner of that retail center on the corner of Wiggins Pass Road and U.S. 41 in North Naples. 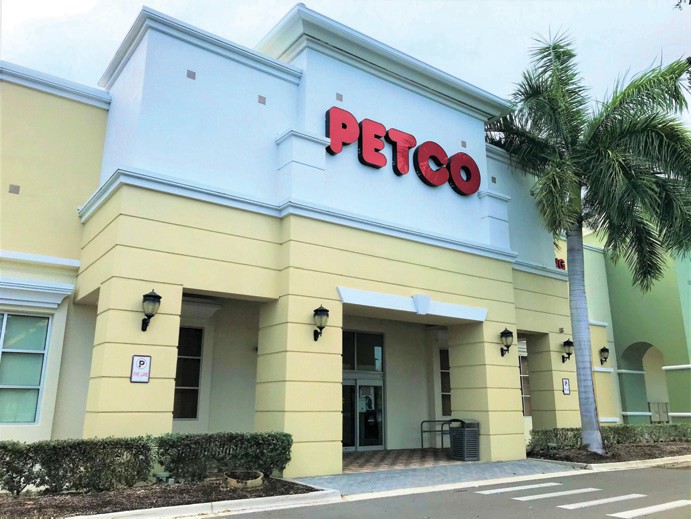 Guitar Center is moving into the former space of Petco, which permanently closed in April in the Gateway Shoppes at Wiggins Pass Road and U.S. 41 in North Naples. TIM ATEN / FLORIDA WEEKLY

Shooting for a fall opening, Guitar Center recently cleared out the interior of the former Petco store, which permanently closed April 16 after operating since 2008 between Bed Bath & Beyond and Bealls. The more than 15,000-square-foot music store will be larger than the Fort Myers store operated by the chain, which has nearly 300 locations nationwide. 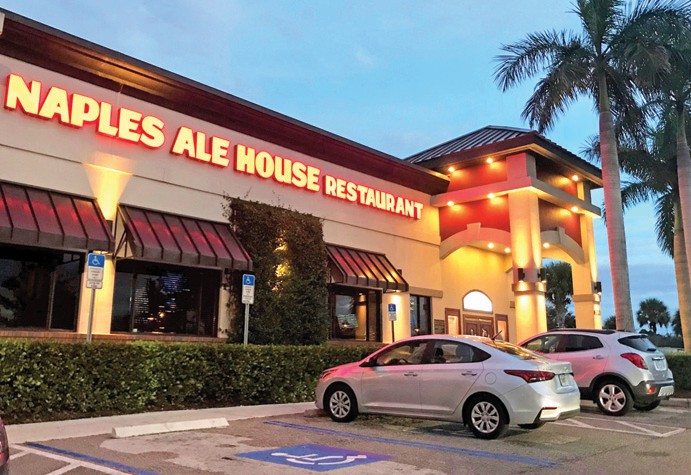 A second location of Miller’s Ale House in the Naples area is targeted to open this fall in Restaurant Row at 6827 Collier Blvd. TIM ATEN / FLORIDA WEEKLY

A: Utilities construction began in late May on a new Miller’s Ale House planned in the middle of Restaurant Row on Collier Boulevard just north of its intersection with U.S. 41 East. The new casual restaurant and sports bar, which is being built between The Sen Asian Noodle Bar and Pollo Tropical, is targeted for completion in October.

The 7,382-square-foot freestanding restaurant includes 1,447 square feet of outdoor dining space with a full bar, site development plans show. The new venue at 6827 Collier Blvd. will be the second location in Collier County for the Florida based chain. Miller’s Ale House has been operating since 2008 near the Regal cinema off Naples Boulevard in North Naples.

Miller’s also has two destinations in Lee County and more than half of the chain’s nearly 100 locations are in Florida, where the first one opened in Jupiter in 1988 with a concept that has expanded to nine other states. The laid-back pub is best known for its signature hand-breaded chicken Zingers and wings, but it has a full menu with a variety of entrees, burgers, sandwiches, salads and appetizers as well as a full-service bar with signature cocktails, wine and more than 35 beers on tap. ¦